I find that when I break up an application into packages by feature, the dependency graph nearly always has this "diamond" shape: 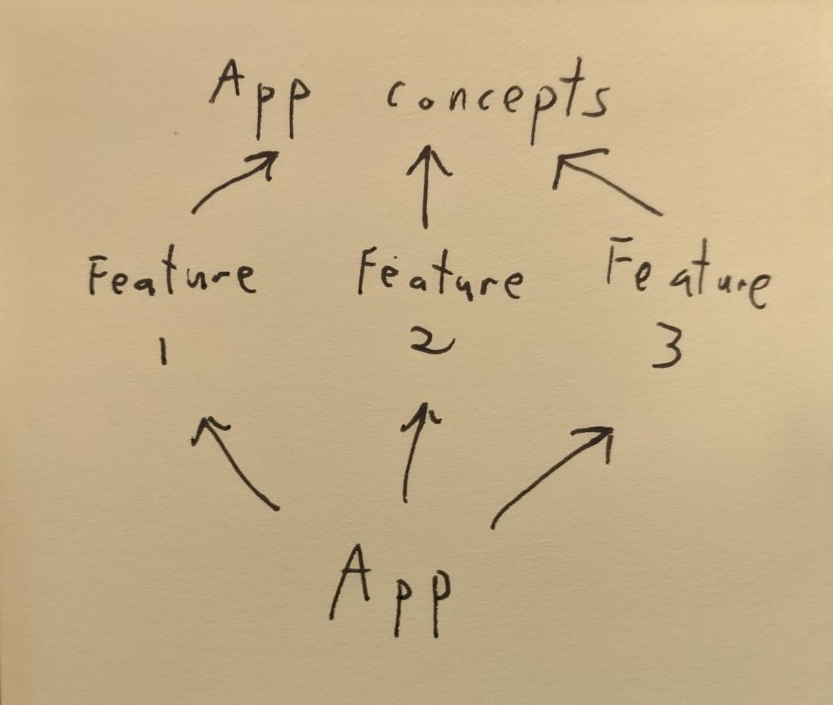 Before I realized this, I struggled a lot. My naive impulse was to have four packages: "Feature 1", "Feature 2", "Feature 3", and a "Common" package for non-feature-specific stuff. This leads to one of three huge mistakes:

I get tempted by the second and third mistakes because both the "app concepts" and "app" components are often very small. Sometimes the "app concepts" package is only a handful of newtypes. Sometimes all the "app" package does is import the features and put them into a list. But even if a package only contains a single thing, if that thing is necessary, then that thing needs a place.

I write about Haskell and related topics; you can find my works online on Type Classes and in print from The Joy of Haskell.